As one of the largest pallet rack storage manufacturers in North America, Ridg-U-Rak produced more than 100 million pounds of pallet rack, high density storage rack and specialized rack systems every year. Based in Pennsylvania, USA, the company has over 400,000 square feet of production and warehouse space, offering engineering, design, project management and installation.

As part of its manufacturing facility of rack storage systems, Ridg-U-Rak utilizes the process of steel roll forming at their facility in Pennsylvania. This process involves the continuous bending of a long strip of steel sheet metal into a desired cross section. The steel sheet is passed through sets of rolls which are mounted periodically on consecutive stands, with each set performing a section of the bend until the required cross section is achieved.

The roll forming machinery at Ridg-U-Rak requires the use of coolant which facilitates the roll forming process, ensuring a smooth and more efficient operation. Despite the use of this lubricant, fine metal particles approximately of 0 - 50 microns in size occur as a result of the roll forming process, which create contamination in the coolant. As the coolant was being returned to the open fluid tank, the particulate would build up in the tank, requiring it to be regularly vacuumed out. Due to the high levels of contamination building up in the tank, Ridg-U-Rak employees had to remove the contamination and clean the tank every three months, at a cost of $3000 in each instance.

Another consequence of the contamination was the damage it caused to the roll forming tooling. Very small ferrous particulates in the coolant would adhere to the surface of the rolls and build up over time needing to replace or resurface rolls in high pressure areas.

Ridg-U-Rak has benefited from several cost and time savings since the installation of the AutoMag Skid magnetic filter. The filter is removing the ferrous material from the coolant very effectively, therefore the coolant is much cleaner and does not have to be changed as often.

As a result, the fluid tank now only needs to be cleaned out once a year, compared to 4 times a year before the filter was installed. This reduces costs for Ridg-U-Rak, as well as saving time by not having to manually clean out the tanks as often, which was a fairly labor intensive process. In addition, Ridg-U-Rak estimates that the savings are approximately $5,000 in tanker expenses alone.

There have also been significant improvements to the quality of the product as a result of cleaner fluid, and therefore, cleaner tooling. In turn, Ridg-U-Rak benefits from cleaner machines, tighter forming, and longer tool life.

With regard to tooling cost savings, the full effects of the AutoMag Skid are still being monitored but as a result of the cleaner coolant, the tool life is expected to be extended significantly. Previously, tooling lasted for approximately two years. The AutoMag Skid has been installed for 18 months with tooling in constant use, and there has been no need to regrind due to the pressure adhered contamination on the tool profile that was a problem previously. Ridg-U-Rak reports that their operators are seeing less wear on some of the lines thus far.

The total savings for Ridg-U-Rak are estimated to be close to $20,000 per year without any tooling savings factored into the equation at the moment, therefore the company can expect a rapid return on investment after their purchase of the AutoMag Skid. 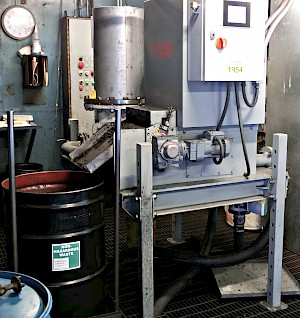 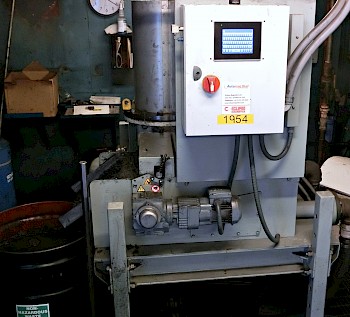 Rick Daubert, Tooling engineer and Tool Room  Supervisor said: “To be honest, I don’t know why we waited so long to have the AutoMag Skid unit installed in our plant. With the dollar savings we have seen thus far, I would have to say it was definitely a home run!”

Find out more about Magnetic Filtration or contact us for more details.