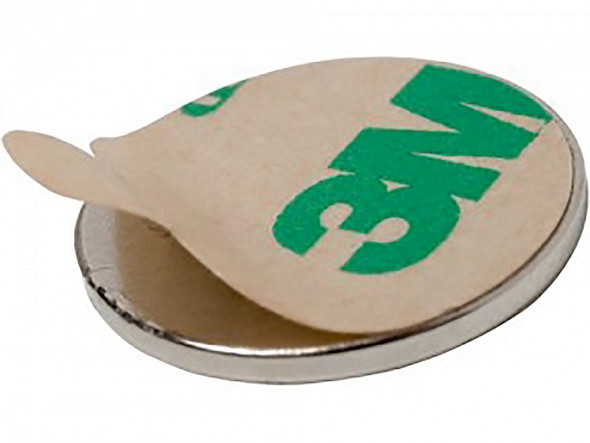 Self adhesive magnet - easy application for magnetic closures and fittings

Using the Self Adhesive Magnets to Attract a Ferromagnetic Surface

When using the magnets to attract a ferromagnetic surface (such as mild steel), either type of NdFeB adhesive backed disc magnet can be used (you could use all Souths or all Norths or even a combination - it does not matter). Sometimes, if the magnets are spaced apart near enough to each other, you could consider using alternate Norths and Souths as this may possibly give a small boost to performance (because the magnets interact is a positive way, attracting and pulling the fields around each other).

A North version of a Neodymium self adhesive magnet will have the same performance as a same-sized South version of the  adhesive disc magnet. The Neodymium magnets will attract or repel each other depending on how the magnets are placed relative to each other. For attraction you need a North pole face on one magnet directed to a South pole face on the other magnet (following the magnetic rule of unlike poles attract). If a North faces another North or a South faces another South you have like poles which means repulsion.

In some applications the magnet is hidden (e.g. the magnet is adhered to card which is then folded over to hide the magnet away which results in the magnet pole being turned over as well). So knowing how you want the magnets placing in the final assembly could affect the polarity you need for your magnets. Such NdFeB self-adhesive backed disc magnets are very popular with the printing, packaging, folder closures and arts and crafts industries as well as for use in the office and at home in simple DIY applications such as door catches. The NdFeB self adhesive disc magnets are axially magnetised (the thickness of the disc is the distance between the North and South circular pole faces - the magnet is magnetised along the central axis). We also offer non-adhesive back Neodymium discs.

These neodymium magnets are super strong for their size, the 3M  branded 486 adhesive , provides for a strong permanent connection between on smooth  non-magnetic surfaces such as wood, walls, metal and plastic.  The glue also supports the magnets own weight plus the item being held. The 3M adhesive is a long term solution being highly resistant UV light, temperature degradation and ageing. The Nickel plated Neodymium is highly resistant to corrosion and demagnetisation. 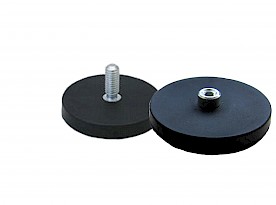 Strong magnet adhesion with surface protection against scratching or marking 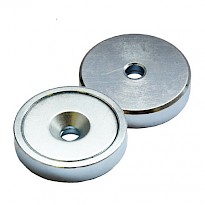 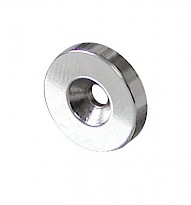 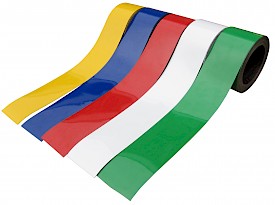 Easy to apply magnetic markers for racking and other display applications 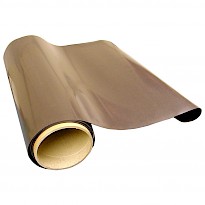 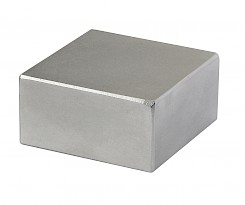